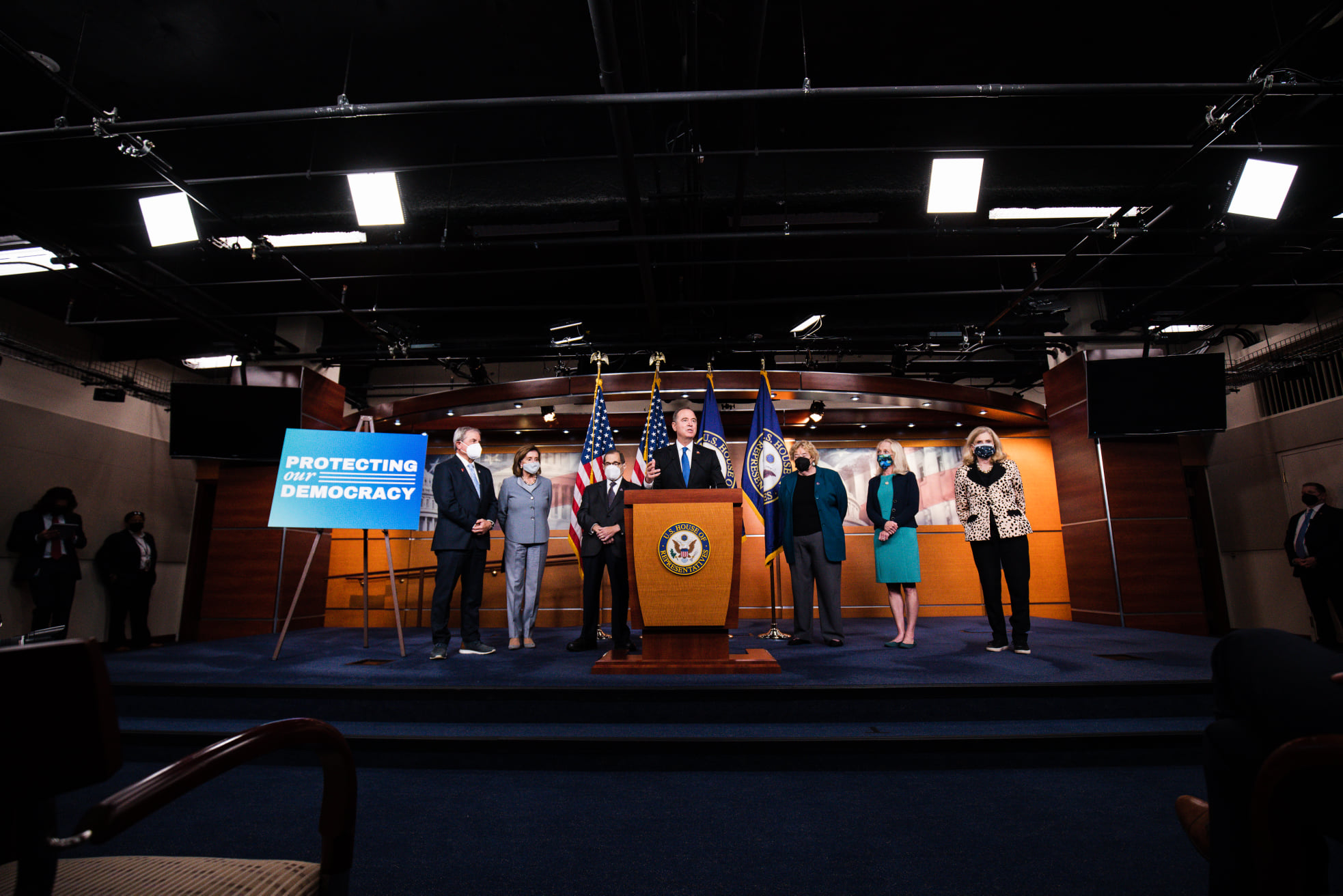 The greatest threat to our democracy today does not come from without, but from within.”
Adam Schiff

Joe Biden’s victory in the 2020 election preserved our democracy — but without strong legislative reform, and vigorous grassroots action, that lifeline may only be temporary.

Donald Trump’s time in the White House took a devastating toll on our democracy. On the rule of law. And on the truth. All because of one man, who abused the powers of the presidency and invited chaos, and all those who enabled him.

The greatest threat to our democracy does not come from without, but from within. The threat comes from those who would put country over party, and loyalty to one man above the law and Constitution.

The GOP is now waging a state-by-state crusade against voting rights. With hundreds of bills in state legislatures across the country designed to disenfranchise people of color and strip independent elections officials of their powers and give them over to partisan boards and legislatures. It is insurrection, by other means.

To move forward and protect our democracy from future threats we must do two things.

Second, we must pass my landmark reform package,

The Protecting our Democracy Act.

It’s an ambitious set of reforms that would enshrine our democratic guardrails into law. No longer a suggestion. But law. We must ensure that no future president can do the kind of damage Trump has done — ever again.

This bill is designed to restore our system of checks and balances, create greater accountability and transparency, and protect our elections.

With President Biden in the White House and Democratic majorities in Congress for the first time in a decade, we have a narrow window of opportunity to protect our democracy from presidential abuses of power. We must seize this moment.

Trump used his position in the Oval Office to enrich himself and his family, protect himself and his enablers from prosecution, attack the free press and his political opponents, encourage foreign interference in our elections, and end all accountability as we know it.

After the Watergate scandal — another dark time in American history — Congress took action, passing a series of landmark laws and reforms to prevent a future president from abusing their office the way Richard Nixon did. Those changes stood the test of time for half a century.

But now it is time for Congress to act again, and enact new protections for our democratic institutions. To ensure another wannabe autocrat like Trump cannot push our democracy to the brink.

We desperately need to pass a new set of reforms to stop future presidents from abusing the power of the presidency as we witnessed over the last four years.

Let’s do all we can to pass voting rights and my Protecting our Democracy Act.

We must do all we can to preserve our democracy. If we lose it, we lose everything.

Of necessity, so much of my work is focused on protecting and preserving our democracy. For if the foundation of our democracy fails, everything built upon it comes crashing down.

If you are with me in this fight, please consider chipping in a few dollars right now to join our campaign.